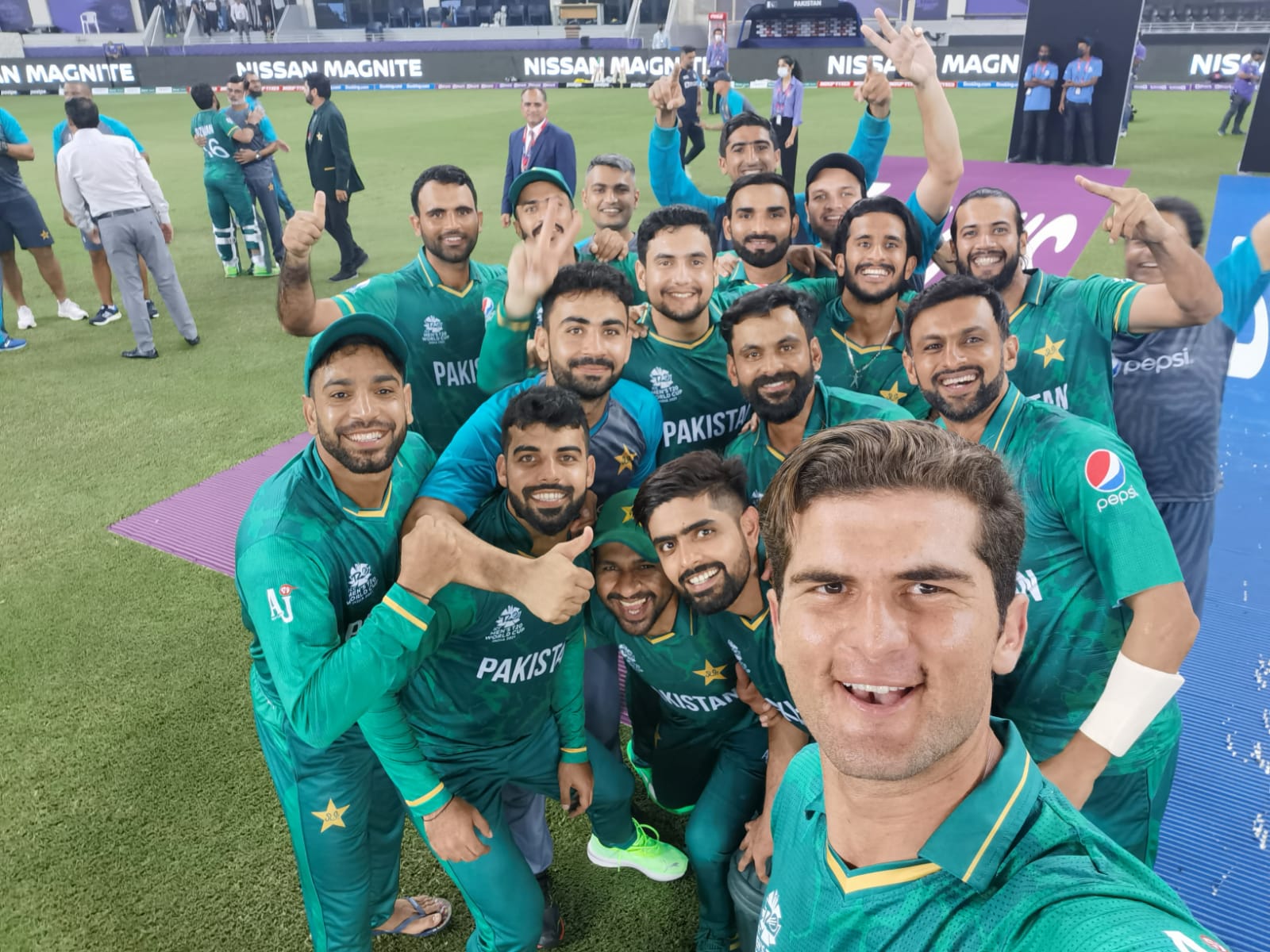 After Pakistan cricket team beat Namibia, made 189 runs with 2 wickets while Namibia scored 144 runs with 5 wickets. Pakistan was not completely into the semi-final but after it gets a victory from Namibia while opting to bat first and made 189 runs, it directly enters into the semi-finals. While whatever score Namibia made was defended by Pakistan easily. Namibia lost to Pakistan by 45 runs and Pak got their place confirmed in the finals. Only Scotland is left behind, but Pakistan has a 100%-win rate against it. Pakistan chose to bat first in the tournament and attained victory from the opponents. The captain, Babar Azam, and Muhamad Rizwan were the openers of the match and Babar scored 70 runs on 49 balls. On the other side, Rizwan made up to 79 runs. Also, the bowling effect was so great that it helped them to achieve success.

Pakistan did not test its bench strength which is the only thing that they lacked. Pakistan played with the same bench strength as the way they have played in the first three games. But Babar Azam made this clear that it was because the Namibia contest was their first one to be held in Abu Dhabi, Dubai.  The Pakistan national cricket team showed good bowling spirit by getting five wickets thus restricting the Namibia team to only 144 runs.

The start of the match was not good for Pakistan as Ruben Trumpelmann, the left-arm seamer controlled Rizwan’s outside edge, making his game slow. Then Rizwan started to pace up his game by fixing his timing but in the hurry, he mis-hit the shots or missed them. The Namibia seamers were all strong enough to let Pakistan cricketers score only 29 runs in the first six years. The seamers include JJ Smith, David Wiese, along Trumpelmann. Scoring only 29 runs in the power play was the fourth-lowest score in all the T20s team that has neither lost any wickets.

Muhammad Rizwan got pale while Babar Azam kept his spirits high and tried to remain in form with his aggression. Luckily, they made 59 runs in 10 overs. At that time, Azam made 43 runs while Rizwan made 16 runs in 25 balls. As only ten wickets were left along with the ten overs, the openers had the chance to raise the risk. When Azam scored 70 runs, it took the team to 5th rank in the T20 century stand which was the highest score made by any pair in history. The first wicket got taken up by the team in the 15th over but during that time, Pakistan made up to 113 runs.

In the last five overs, Fakhar zaman entered into the game but failed to remain for a longer time as he was caught by the wicketkeeper, Zane Green. On number 4, Muhammad Hafeez after fakhar got bowled, made 32 runs in 16 balls which added five fours in the overall score. Rizwan tried to play fast in Hafeez’s company so in the last over from Smit, he made 24 runs and Pakistan made 189 runs along with 2 wickets.

Hasan’s performance was not so impressive as compared to the other bowlers in the Pakistan team. Even in the match, he was given new-ball duties instead of Imad alongside Shaheen Shah Afridi. In his first over, he dislodged the left-hand batter Michael van Lingen’s stumps. He let the other team win just nine runs in two power-play overs. Another two overs were given to him, wherein one of the overs he allowed 13 runs in 12 balls.

Namibia lost only five wickets. Craig Williams batted for 37 runs but he gets 40 balls. Stephen Board made about 29 runs before he got run out. Gerhard Erasmus was lost by Imad before he could cause huge damage. When 3 overs were left only, the forecaster of Namibia’s team was 0.67%. David Wiese made a lot of hits while he completely ignored the situation of the match. He started entertaining the crowds by giving off 2 sixes and three fours to score up to 31 runs in 45 runs. But Pakistan has made a lot of efforts to attain this victory.